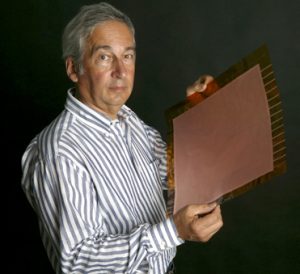 The tutorial will outline the basic physical processes leading to the detection and localization of single photons, from the visible through the ultraviolet to the soft and hard X-rays domains. The avalanches charge multiplication, their statistical distribution and the ensuing energy resolution are briefly described, providing examples of photon detectors and of their applications. The operation of gaseous counters at high gains and fluxes (Raether limit, discharges, ageing) will be discussed in particular for the new generations of Micro-Pattern devices.

Graduated in 1965 at the University of Trieste (Italy), in 1969 I joined at CERN the group of Georges Charpak (1992 Nobel Laureate in Physics), contributing to the development of the Multiwire Proportional, Drift, Micro-Strip chambers and numerous other detectors. From 1989, Leader of the Gas Detectors research group, I developed novel Micro-Pattern Gas Detectors, inventing in 1977 the Gas Electron Multiplier (GEM), widely used today in many fields: particle physics, astrophysics, medical diagnostics. In 2005 I was awarded the title of Doctor Honoris Causa at the Université de Haute Alsace (France). After retirement in 2006, I continued the activities in the field of applied instrumentation research; with Prof. Ugo Amaldi’s TERA foundation, I directed the Advanced Quality Assurance group aiming at the development of diagnostic tools for patient irradiation monitoring at the hadron therapy centers. Regularly providing general or topical courses on detectors at Universities and Schools, I am the author of hundreds of publications on instrumentation and several books on detectors. Since 2000, I serve as Editor of Nuclear Instruments and Methods in Physics Research. In 2015 I was awarded the “Aldo Menzione” Prize for the invention of the Gas Electron Multiplier. Several LHC experiments are upgrading their systems with large area GEM detectors: CMS High-eta, ALICE TPC, COMPASS RICH and others. 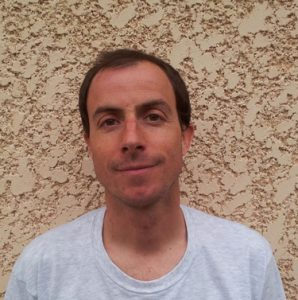 The main objective of this session is to give a broad overview on X- and gamma-ray detectors for medical imaging and to justify the design of these detectors. In the first part, we will describe the different modalities in transmission imaging, such as radiology and X-ray Computed Tomography (CT), and in emission imaging, such as Positron Emission Tomography (PET) and Single Photon Emission Computed Tomography (SPECT).  The impact of each modality specification on the detector design will then be exposed. Finally, the new developments in this domain will be discussed.

Eric Gros d’Aillon is a research engineer at CEA-LETI in Grenoble since 2006, with an initial formation in detection physics. After a Ph.D. dedicated to gamma-ray CdZnTe detectors for single photon emission computed tomography (SPECT), he worked on CdZnTe based detectors for position emission tomography (PET) and computed tomography (CT). He then studied scintillator detectors with a large area CMOS sensor for digital radiology (DR) and a digital photomultiplier (d-SiPM) for position emission tomography. Most of this work has been driven by industrial transfer. 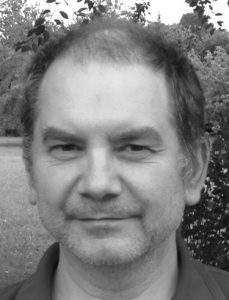 The space radiation effects must be taken into consideration throughout the life cycle of a space project, from the initial design phases to the scientific exploitation of the data. I will first give a general overview of the space environment around the Earth before addressing the interactions with matter, as well as the main effects on electronics that are categorized as cumulative and singular effects. I will then describe the main steps for taking into account the radiative effects during the development cycle of a project, mentioning the need for involvement of project scientists in this process and showing the importance of the feedback to be taken into account for the development of future projects. I will illustrate the various radiative effects by drawing on experience feedback from recent (ISO), in-service (INTEGRAL), and future (SVOM) space projects.

Arnaud Claret received his Ph.D. degree in astrophysics and space technics in 1994 from the University of Paris 7, France, and joined the CEA-Saclay the same year. He became involved in space projects, first in the IKI/GRANAT space project dedicated to gamma-ray astronomy, then the ESA/ISO space infrared telescope, followed by the infrared spectro-imager VLT/VISIR operated at ESO in Chile. Currently, he is the Principal Investigator (PI) of the French ground segment of the Sino-French mission SVOM dedicated to the multi-wavelength observation of the transient sky. On a technical level, his major interests are the effects of space radiation, first on the analysis of data, then also on the performance and aging of the devices. He now leads the LISIS (Science and Space Instrument Interface Laboratory) at the Service d’Astrophysique of CEA. 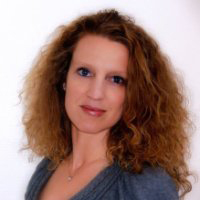 In the last decade, SiPM has become the star photodetector for detection systems in High Energy Physics, Astrophysics, and Medical Imaging. It represents a large part of the developments shown in recent conferences.

During this lecture, we will follow the evolution of Silicon Photodetectors from the PIN diode to the SiPM, look at the functioning and properties of this devicesuch as gain, photodetection efficiency, timing resolution, and radiation hardness.

We will overview (in a non-exhaustive way) the different kind of devices that can be found on the market and their latest developments. 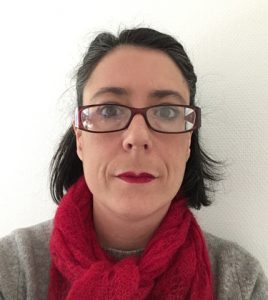 This tutorial session will cover the peculiarities of organic and inorganic scintillator materials widely used for ionizing radiation detection in many different fields of application. After a short introduction on the basic principles of the scintillation process, the main detection properties of scintillators, such as light yield, energy resolution, time response, and detection efficiency will be reviewed. In particular, scintillation properties will be discussed to guide the optimal choice of the best-suited material for specific applications. Finally, the most commonly used organic and inorganic materials will be presented, together with the new trends and developments in the field.

Giulia Hull is research engineer at Centre National de la Recherche Scientifique since 2010. Currently, she is head of the R&D Detector group of the Institut de Physique Nucléaire d’Orsay (France). Her activity mainly focuses on the design, development and optimization of photodetectors and, in particular, of scintillator spectrometers. Recent projects she has been involved in include the design and optimization of the Surface Scintillator Detector for the AugerPrime experiment, and the design and development of the Central Neutron Detector for the CLAS12 apparatus. She has been the leader of the working package “New Scintillator Materials “ of the GANAS European project and, at present, she participates in the ENSAR2 European project in the working package “JRA1-PASPAG” devoted to the study of the detection properties of new scintillator materials.